The Importance of Reducing Carbon Emissions from Buildings, and How to do it

We need carbon. Life on earth relies on a constant carbon cycle through the air, water and land. However, due to human activity, there is too much carbon dioxide for our ecosystem to remove. High levels of carbon dioxide collect and store heat, disrupting weather patterns, causing global warming and other climate changes. So, with the built environment responsible for almost 40 per cent of energy and process-related carbon dioxide emissions, the importance of reducing carbon emissions from buildings cannot be over-emphasised.

Join us as we explore just why carbon is causing such an issue for our environment, and take a look at how to reduce carbon emissions from buildings, the smart way.

What is carbon dioxide and why is it such a problem?

Carbon dioxide (CO2) has been the victim of a bad press for some time now, maligned as a harmful gas that is causing damage to our environment. However, the fact is that a natural amount of CO2 is actually vital in maintaining our ecosystem. CO2 only causes damage to the environment when it is present in the atmosphere in excess. And that usually tends to happen through human-created activities.

Life here on earth relies on a constant carbon cycle through the air, water and land. Animals and plants release carbon dioxide when they breathe, and nature keeps a balance by absorbing it via plants and the ocean.

Human activities such as refining, transportation, extraction and the burning of fossil fuels release greenhouse gases, including CO2, into the atmosphere, relying on the same ecosystem to remove it. However, because there is such a high volume of carbon being produced, and there are mass amounts of deforestation going on at the same time so there are less plants to absorb our carbon output, it’s causing an imbalance that’s leaving far too much carbon in the atmosphere. And it’s causing a lot of damage.

Like other greenhouse gases, CO2 absorbs radiation and prevents heat from escaping from the atmosphere. High levels of atmospheric CO2 collect and store heat, leading to disrupted weather patterns and causing global temperatures to rise, melting ice caps and raising sea levels. Other gases trap heat too, such as water vapour and methane, but it’s CO2 that puts us at the greatest risk of irreversible damage as it continues to build up in the atmosphere. What is the importance of reducing carbon emissions from buildings?

If the goal of keeping temperature increases down to 1.5 degrees Celsius is to be met, worldwide emissions will have to be cut in half by the end of this decade. Keeping global warming under control is vital, because its consequences are devastating.

Bringing global warming under control may appear to be a huge undertaking, but the fact is that even the smallest action could make a significant difference. And in the built environment, it is possible to make small changes that will have a major collective impact.

The International Energy Agency (IEA) says that buildings are responsible for 36 per cent of global final energy use, and 39 per cent of energy and process-related carbon dioxide emissions.

Air conditioning and heating are two of the processes that contribute most towards global warming. Combined, they account for just under 40 per cent of overall energy consumption in buildings, and 42 per cent of carbon dioxide emissions.

Air conditioning is increasing in use due to a growing demand for workplace comfort, and the hotter summers and heatwaves that are a by-product of global warming will only push its use up even further. How to reduce carbon emissions from buildings?

Pioneering carbon zero construction is taking care of reducing and even preventing carbon emissions from new builds. However, decarbonisation of existing building stock is something that needs intervention.

The UK Green Building Council (UKGBC) says that existing stock will represent 80 per cent of all buildings in use by 2050. So clearly there is a lot to do. So, how to reduce carbon emissions from buildings that are already in existence?

Energy efficiency policies are a good start, encouraging building occupants to be mindful of how they use the likes of lighting, heating and air conditioning. But there is a lot more to do if a real impact is to be made on reducing carbon emissions.

Making a switch to a smart building energy management system is something that has the potential to make a considerable difference.

Smart buildings are controlled by a technology-driven building energy management system. Internet of Things (IoT) connected sensors and devices sited around the building actively monitor energy consumption, relaying valuable energy usage data and highlighting areas in which it can be reduced. The Carbon Trust says that around 20 per cent of an organisation’s annual energy costs are wasted because of energy inefficient equipment. This wastage will of course be contributing to climate change, making it crucial to address it.

In a smart building, IoT sensors identify energy draining appliances, together with inefficient processes that results in energy wastage.

Ageing, un-serviced or poorly maintained equipment present issues that can often go unnoticed, with energy being wasted until such times as the appliance finally fails. IoT sensors placed on or near equipment can detect things like unusual sounds or vibrations, flagging up potential issues so that an engineer can be called in to resolve the problem before it causes damaging down time.

Not only does this enhance the operational efficiency of the equipment, it also reduces the need for excessive repair and maintenance which can drain raw materials and therefore energy usage. So it’s a win-win all round.

These technologies automate a range of processes, including the control of the building’s HVAC (heating, ventilation and air conditioning) system, plus its lighting and security. Such automations include:

How to reduce carbon emissions from buildings using Smart Spaces?

The importance of reducing carbon emissions from buildings cannot be overstated.

Smart Spaces is an Internet of Things powered platform that works alongside the building management system, gathering crucial data from every corner of a building, including valuable data on energy consumption.

To discover how to reduce carbon emissions in your building using Smart Spaces, please get in touch or request a demo. 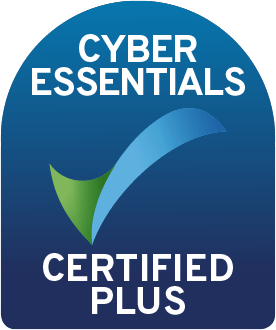 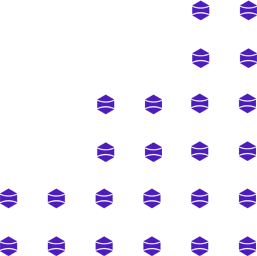